DiVin October: an Entire Month of Events in Trentino

The wonders of the autumn harvest season will be celebrated the entire month of October in Trentino with the tasting event “DiVin October“. Every weekend of October will be booked with various tasting events located throughout the province of Trento. 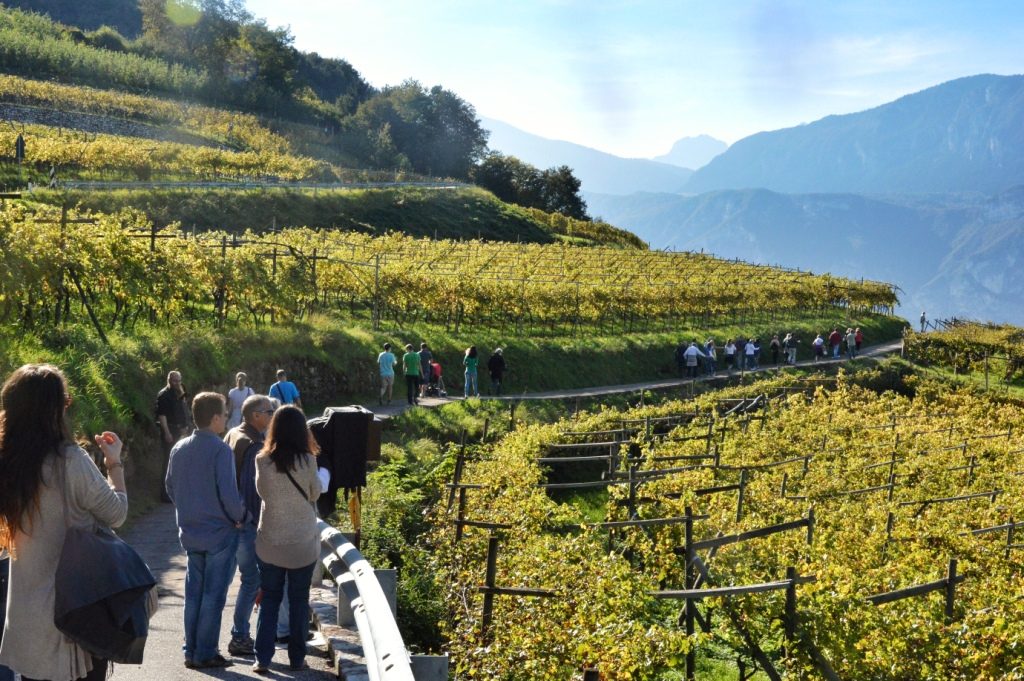 Strolling through the ever-changing colors of the vineyards in autumn, sipping a glass of red wine accompanied by the crackling sounds of the first fires, enjoy a warm meal and the unmistakable flavor of roasted chestnuts.

The 14th edition of the DiVin October is back again every weekend of October and includes everything from trekking to pumpkin festivals. Every town involved will be able to show off its unique contribution to the local and national territory. From food products such as: wine, pumpkins, chestnuts, radicchio, corn, and potatoes and other events that will let visitors discover the secrets of wine making and tasting.

The First Weekend: October 4 to 6

The month’s events will kick off with the Ecofiera di montagna in Tione di Trento – which will include music, shows for children and live performances. Also, the Storo Polenta Festival with its display of colorful scarecrows, signature local products, and polenta prepared in every way imaginable. On October 5, you can Enotrek (trekking through vineyards) through the vineyards nestled on the hills of Trento where its sparkling wine is produced with the Bollicine dell’Argentario event. If you like radicchio, or even if you don’t, the special festival dedicated to it in Bieno will be full of fun from tastings to music and entertainment.

For the second weekend, we move to Vallagarina and Isera where its Marzemino wine grape will be hailed.

Heading a little further south, to Brentonico, you can take part in Sapori d’autunno where traditional dishes based on local harvest, culinary workshops and workshops for children will take place. Visitors can also catch the “Bovine Exhibition” and the “Foal Championship”. Pergine Valsugana will host its pumpkin festival along with honey and chestnuts and plenty of creative workshops, themed exhibits and demonstrations. 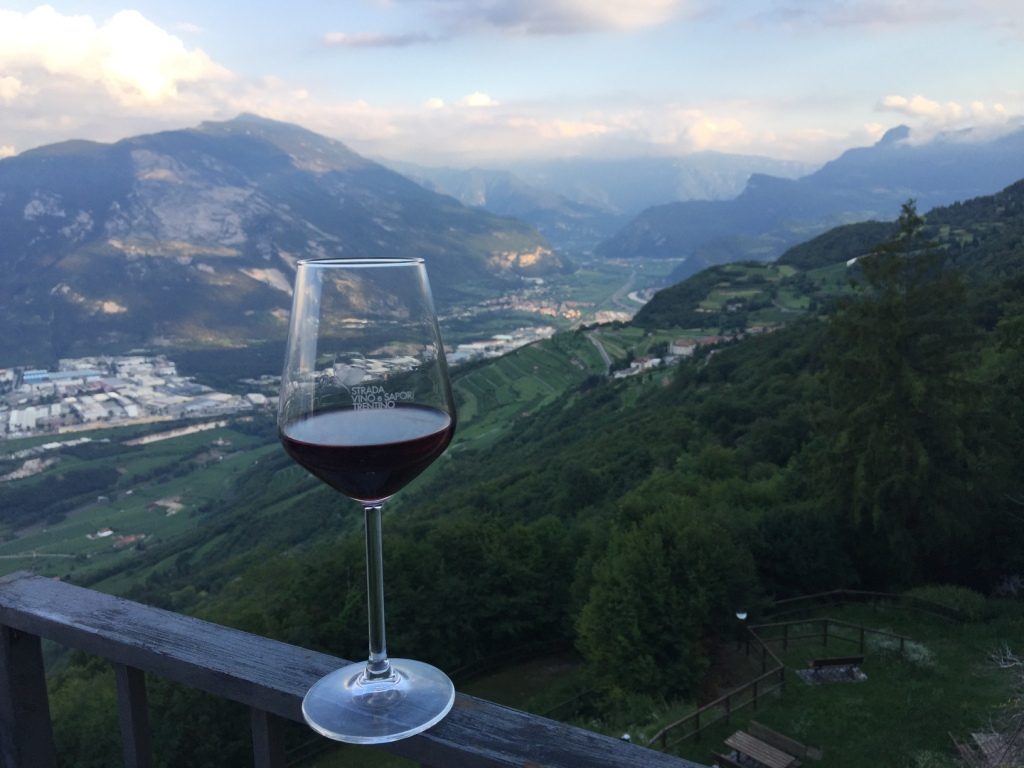 Monfort Cellars in Lavis, near Trento, will host Degusta autumn celebrating the harvest with flavors from chestnuts to ice cream. Roncegno Terme will host Törggelen on Valsugana 47, an afternoon of discovering chestnuts, enjoying traditional dishes paired with local wines, and music.

In Val di Cembra enjoy Caneve en festa, with an eight course dinner accompanied by music for all tastes. Back to Brentonico for the Festa del Marrone where we can taste numerous dishes prepared with chestnuts and also take part in a guided tour of the Castione chestnut woods.

Alternatively, you can choose the Trento mountain with its event, again dedicated to the chestnut, with Sardagna in castagna. Enjoy the spectacular cable car ride up the mountain to take part in the numerous food and wine, artistic and environmental initiatives dedicated to the mountain and, of course, the chestnut. Then on Sunday, October 20, Pergine Valsugana proposes a trekking event among the ancient vines of Serso and its castle.

The La Vis Winery, in Lavis will host its Autumn Passions event. A food and wine journey through the history of the winery, strolling through ancient barrels and modern technology and wine tasting accompanied by finger food prepared on sight. Comano Terme is the scene of the traditional Potato Festival, where this extraordinary vegetable is interpreted in innovative ways. It will also feature children’s workshops, music and trekking.

Riva del Garda, Aperitif is scheduled at dusk with Peter Brunel who will inaugurate the new spaces in the Agraria tasting area of ​​Riva del Garda. The well-known star chef will offer the public delicious finger food paired with wines and the award-winning extra virgin olive oil of the Rivana company. Also in Grumes de Altavalle in Valle di Cembra, take part in a thematic journey of wood. From its ancient uses to new technologies, with visits to the Venetian sawmill and to a historic chestnut grove.

On Saturday and Sunday, the Chestnut Festival in Roncegno Terme with stalls selling local products, food stands, children’s workshops. On Sunday, at Villa Corniole in Giovo, celebrate the end of the harvest with cellar wines and refined finger food and chestnuts accompanied by music.

DiVin Ottobre is part of the calendar of wine events called #trentinowinefest. During the events it will also be possible to taste La Trentina local apples.

The official website is currently updated in Italian only. The official hashtags are as follows:

translated text and photos courtesy of:

Wine and Flavors Press Office of the Trentino region