Maratea, from Land to Sea…and Viceversa

In 1965, on the highest point of Monte San Biagio, the imposing statue of Christ the Redeemer was erected. Besides the importance of its dimensions, there is another really curious detail: whatever the observation point (the sea or the land) the Redeemer seems to be facing towards the spectator. It is an optical illusion, of which one notices only in the vicinity of the statue, where it is clearly seen that the Redeemer’s back is to the sea. What is the purpose of this illusion? The sculptor must have had the uniqueness of Maratea in mind: not just another seaside town but a vast and intricate territory with its coast, seaside villages and tiny mountain villages. 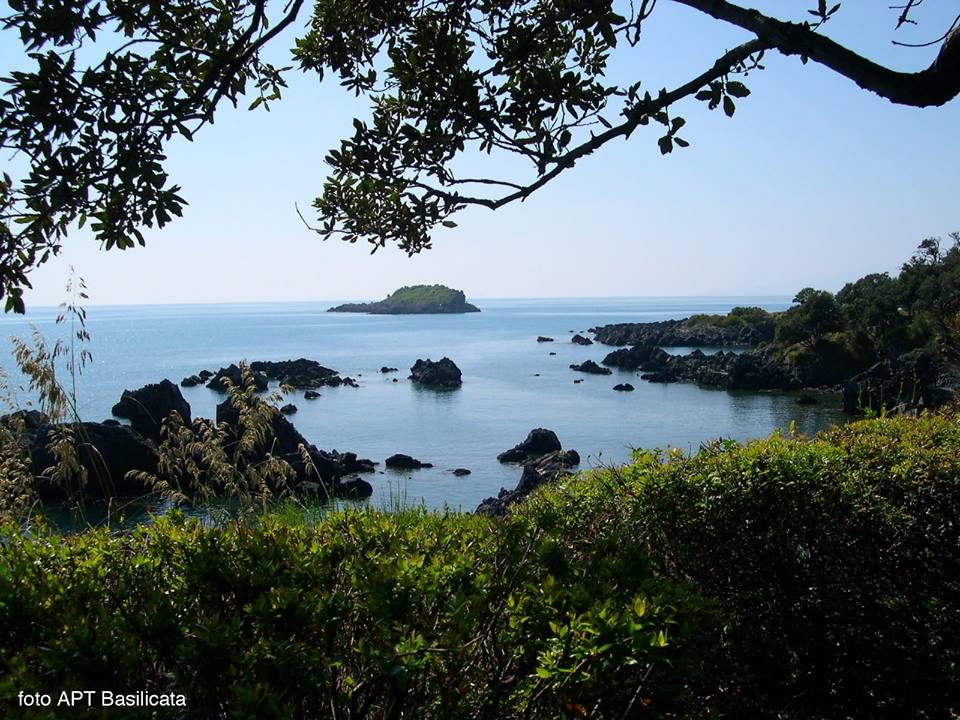 Maratea is the only point where the Basilicata region meets the Tyrrhenian Sea. The mountain range flows into the sea, giving rise to an enchanting landscape, rich in different environments: from the mountains covered with woods and pine forests to the blue sea, from wide beaches suitable for beach resorts to beaches and coves accessible only by sea, from the jagged coastline to the more regular fragments of the coast.

Maratea is not simply a city on the sea but a collection of so many coastal hamlets; each with its own history and peculiarities, but all marked by a sharp, almost brutal encounter between the mountains and the sea. During its history, Maratea has seen constant movements of man from the high and sheltered localities of Mount San Biagio, where the ruins of the castle bear witness to one of the first settlements, to the marine coast open to trade and to contact with overseas peoples. Even legends and folk anecdotes suffer from this union between the height of the mountains and the depth of the sea.

The Lucanian mountains fill the space between Calabria and Campania, extending for about 30 km along the Tyrrhenian Sea. Further north, at the foot of mountains completely covered by a pine forest, the resort of Acquafredda rises with many beaches and bays. At one point along the coast, the mountain rises on a small beach casting a shadow that surprises anyone who passes by- Cala di Mezzanotte. On another little beach in Acquafredda, a truly rare event takes place: a source of freshwater flows from the rocks towards the sea. In addition to the bays accessible only by sea, there are larger beaches, such as those of Anginarra, Porticello (where the fishermen gathered the critano, a plant used as a spice according to the elders of the place) or the small Grotta della Scala accessible via a staircase and from which you can admire the Villa Nitti of great historical value.

Moving from Acquafredda to the south, we find the small town of Cersuta whose name derives from the dialect word cersa, which means oak. Around the small village, you can admire beautiful beaches. The only reachable by land is that of Rena d’u Nastru, from which you can see one of the watchtowers built during the Kingdom of Naples, the Torre Apprezzami l’asino (translation: tower appreciating the donkey). It is said that it took its name from a rather peculiar custom of the past. Peasants would pass this impervious path one by one and when two crossed, their respective donkeys were evaluated or “appreciated” to see which of the two would have to be thrown into the sea. Above the beach of Carruba, lies the cave discovered by a local shepherd who would throw stones toward the coast to pass the time.

Continuing towards the south, we find the beach of Fiumicello-Santa Venere, a bay between the promontory of Ogliastro and the tip of Santa Venere. Right in the Ogliastra region, waves have carved the beautiful caves of Fiumicello, where remains of human settlements from the Paleolithic era have been found and can only be visited by an expert guide. The beach, divided in two by the Fiumicello stream, is among the most popular thanks to the hotels on the coast and to the lively summer evenings in the center.

Marina di Maratea also extends between two promontories along a coast of very rich vegetation. Among its most beautiful beaches lies the famous Black Beach (Spiaggia Nera) where the green of the vegetation meets the black of the volcanic sand. Near this beach is the Sciabella Cave, which is also the subject of legends and anecdotes. A little further on is the rocky beach of Ilicini, which surrounds the Licini wood, named for the presence of holm oak trees that have become dwarfs due to the proximity to the sea and the salinity. Once again the mountains and the sea have formed each other. A few meters from the coast emerges the islet of Santo Ianni, the only island of Lucania, where important traces of the Romans were found (preserved in the Palazzo de Lieto di Maratea), as well as the ruins of a small church of monks of the Middle Ages, evidence of the strong spirituality of these places. 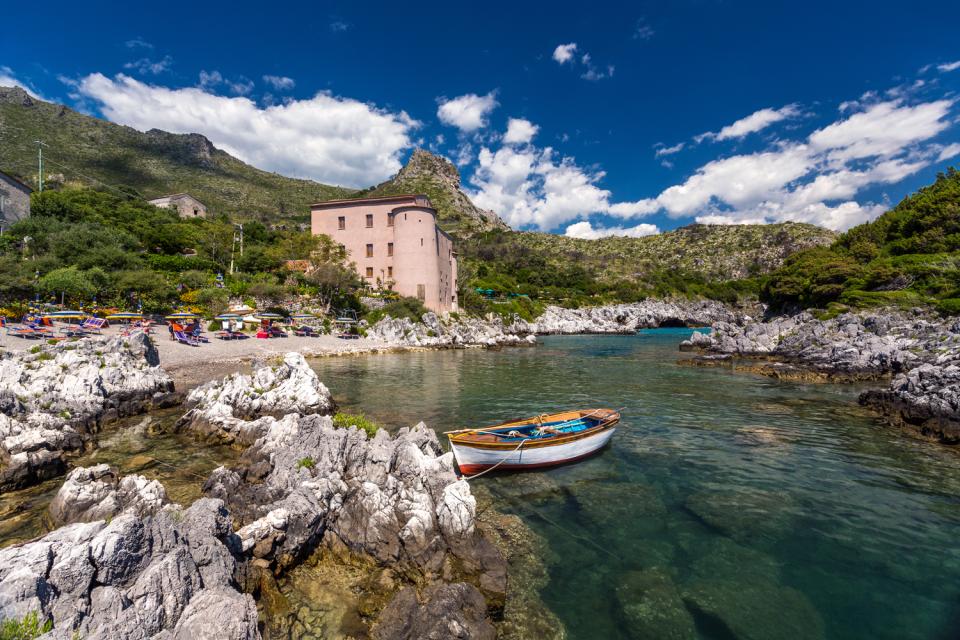 Finally, at the southernmost end, on the border with Calabria, there is a particularly evocative place: Castrocucco. In addition to a large beach surmounted by the ruins of the Medieval Castle and frequented by the inhabitants of other Lucan cities, you can reach the so-called Secca through a path where the beach joins a rocky island through a cliff and from which you can admire a 16th-century baronial palace.

Visiting the sea of ​​Maratea is experiencing the nature and history of this area of ​​Basilicata where the mountains and the sea meet. This meeting is present in every stretch of the coast, in the life of the villages, but also in the historical events and legendary stories inherited from the past. Any visitor, even those who only want to enjoy the sun and the relaxation of the beach, will be pulled by mother nature’s gentle request of exploration. As she guides you along walks along the coast, cave visits, boat trips, diving or, more simply, along a voyage of admiration for Maratea.

We think these articles about Basilicata might interest you as well: Basilicata