Tropea and the Coast of the Gods

Thankfully, there is an increasingly growing trend among world travelers to get off the beaten path, and in Italy’s case, away from the big cities and explore the countrysides and more remote locations. Perhaps this is a second, or even third trip to the “boot”. The southern region of Calabria, or the actual “toe” of the boot, is slowly putting itself on the map and drawing international tourists. It’s been long-known to Italians and Europeans as one of the most picturesque and “other-worldly” coastlines in Europe, if not, the world.

I’m referring to the “Coast of the Gods” or the 55 km stretch of coastline from Nicotera to Pizzo Calabro, which includes Tropea. You may have seen breathtaking photos of Tropea pop up in your feed subtitled with terms like “bucket list” or “goals”. It’s easy to see why. Tropea looks as if the “Gods” themselves have taken a paintbrush and created one of the finest masterpieces of Mother Nature. In fact, legend has it that Hercules himself created Tropea.

The sheer cliffs reaching a maximum height of 124 m above sea level are formed of granite and limestone. Even if you’re not interested in geology, you will be in complete awe of their magnificent presence cast against the turquoise Tyrhennian Sea. One of the most famous attractions, aside from the sea, is the Sanctuary of Santa Maria dell’Isola. There are 300 stone steps leading up to the sanctuary which is majestically perched at the peak of the rock. It dates back to Byzantine rule, or pre-Norman, and wasn’t Latinized until 1040. It was also a Benedictine monastery in the 6th century and today, thousands of pilgrims devoted to the Virgin Mary, as well as thousands of curious tourists, make the trek up the 300 steps each year. They also book weddings here! 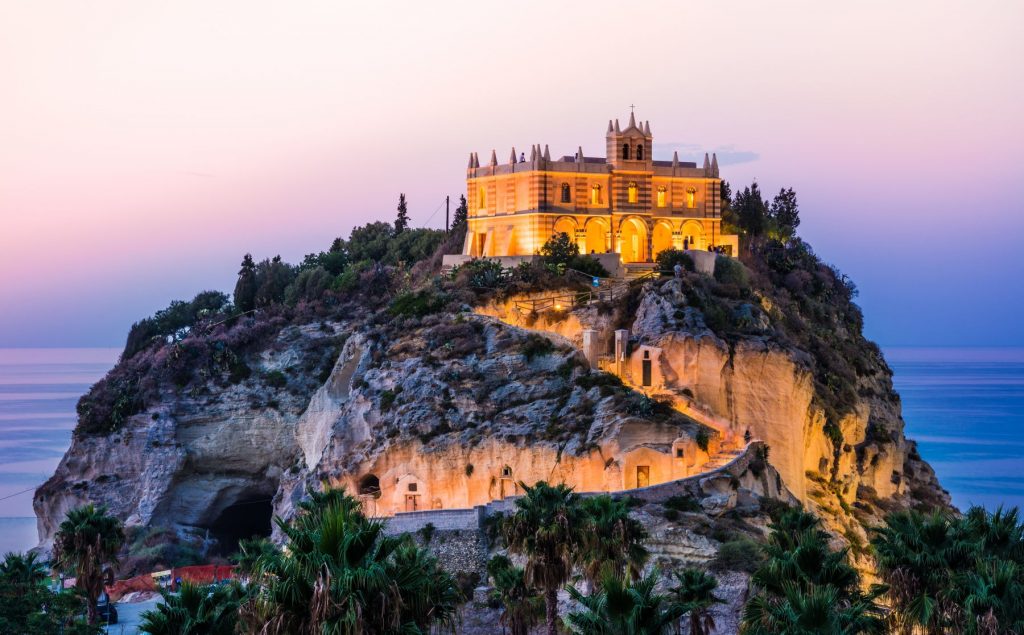 The white sandy beaches of Tropea are well-equipped with everything you’ll need to enjoy your stay. You’ll find sections where you can rent umbrellas, lounges, cabanas, as well as paddle boats and canoes; but, you’ll also find sections that are “free” where you can set up as you please. Remember that Tropea is very popular among Italians and Europeans during the peak months of July and August, but much less crowded during May, June and September. Cannone beach, between the Marina and the Rock of San Lorenzo (Lo Scoglio di San Lorenzo) is a fabulous alternative if you prefer a little peace and quiet. It’s tucked away and not as well known.

Tropea’s historic town center is fantastic as well. Calabresi people are warm and friendly and you’ll get an authentic feel for the people and culture as you stroll along the old stone streets. If you stay for a number of days, you’ll begin to fall into the local rhythm and you’ll never want to leave. You’ll find yourself passeggiando, or strolling, along the corso with your gelato in hand without a care in the world other than where you’ll go for dinner and what delectable Calabrian dish you’ll try that evening. It will most likely include the famous Tropea red onion which are so prized they are actually marked IGP or Indicazione Geografica Protetta. The views of the Aeolian Islands are spectacular and in particular, the active volcano island of Stromboli is stunning. 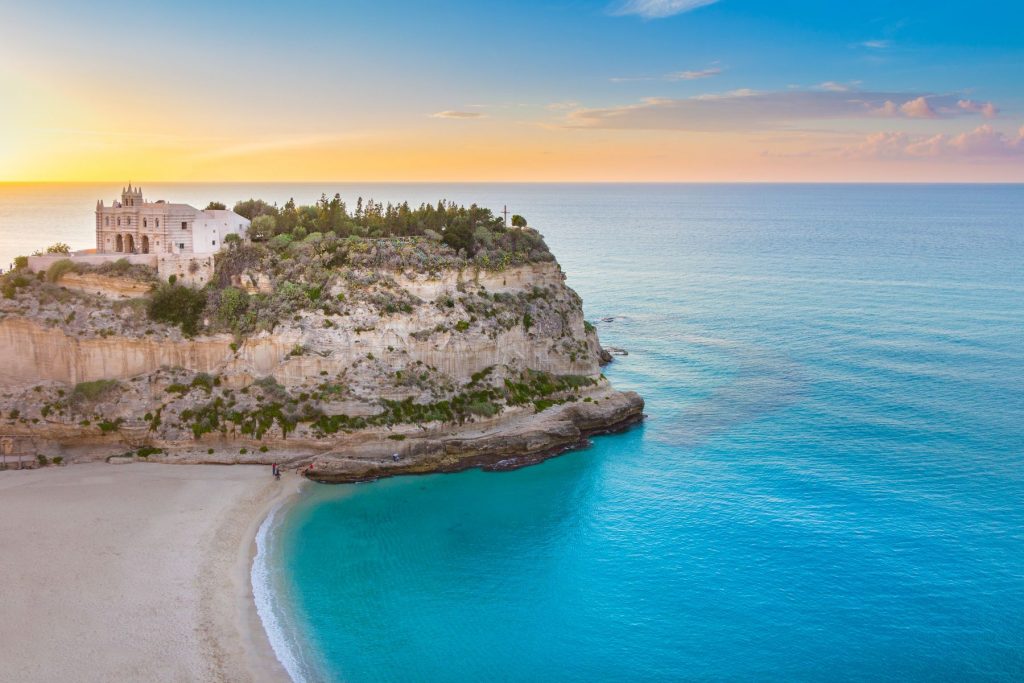 So come experience Tropea and its neighboring coastal towns, make your own memories that will last a lifetime, and see for yourself why it’s called the “Coast of the Gods”.