The Eternal City: What to See in Rome

The beyond famous Italian capital certainly does not need any introductions. Rome is one of the most visited cities in the entire world. The Eternal City is brimming with history, monuments, churches, and works of art.

Suffice to say that there are so many major attractions and “must-sees” in this city that one could easily spend an entire month here and still not see them all. We’ve compiled the absolutes on the “must-see” list for an approximately three-day itinerary. 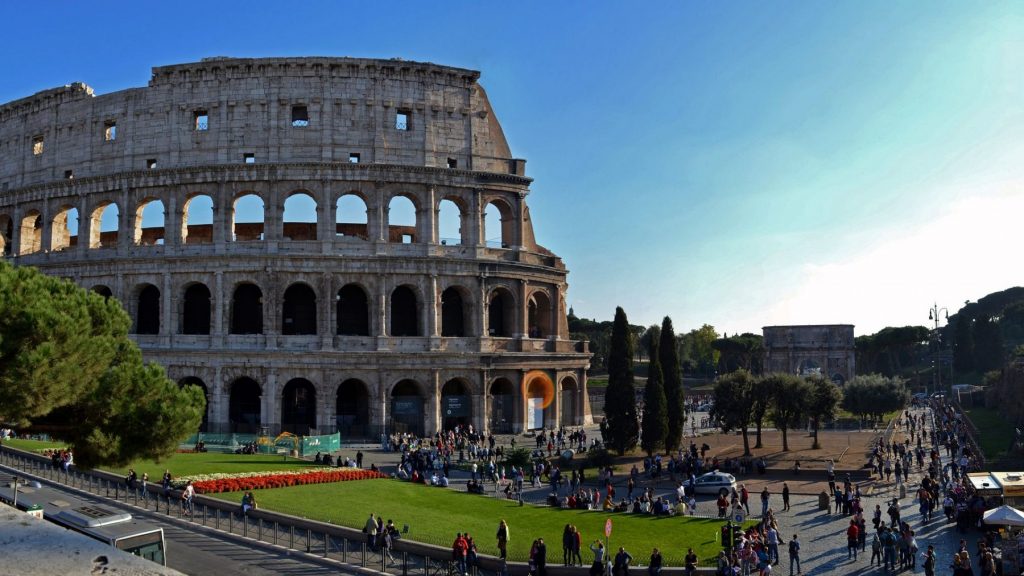 The best place to start is, without a doubt, Piazza di Spagna. Always crowded with tourists, this square is characterized by the stairway of Trinità dei Monti and the famous Fontana della Barcaccia by Bernini. If you’re wondering why there is a reference to Spain, it’s because the Spanish Embassy overlooks the square.

If you take Via del Tritone from Piazza di Spagna it will lead you to the illustrious Trevi Fountain. Of course, you’ll need to follow tradition and toss in a coin for good luck. An estimated 3,000 euros are tossed in every single day.

The next major site is Piazza Venezia. This square is where Benito Mussolini gathered the people and gave his speeches. In addition to historical facts, this square houses the Altar of the Fatherland, also known as the Vittorio Emanuele II Monument, the Fontana della Barcaccia and the tomb of the Unknown Soldier. 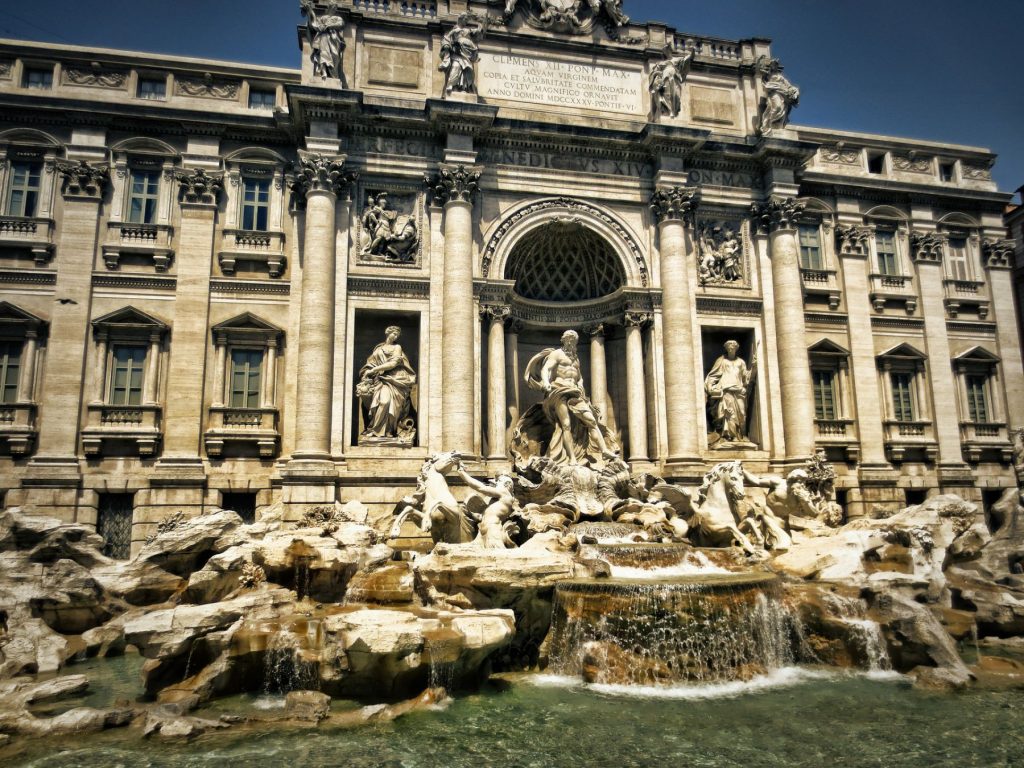 Your next stop is one of the Seven Wonders of the World- the Colosseum. Near the prestigious Roman amphitheater we find testimonies of ancient Rome or the Imperial Forums. The Arch of Constantine is also in the vicinity.

Another mandatory stop on any self-respecting tour of Rome is the Pantheon and Piazza Navona.

Rome also hosts the Vatican and its territory. The Holy See is a treasure chest of art with the monumental St. Peter’s Square and Basilica and of course, the museums. 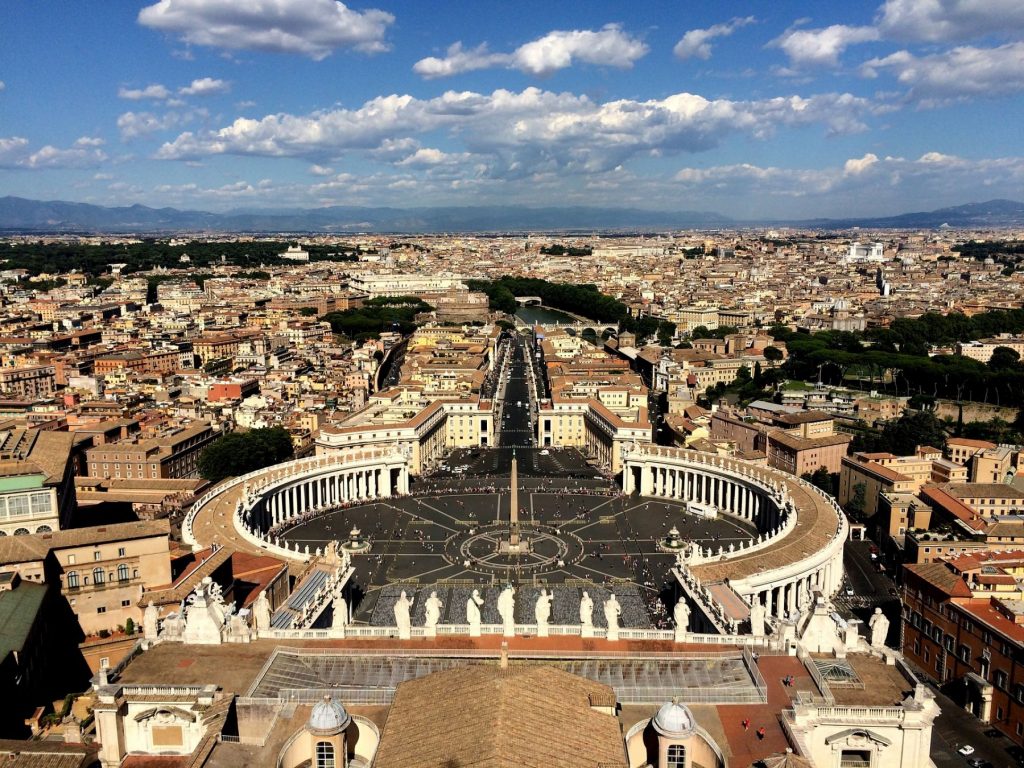 What to Eat in Rome

Like every region of Italy, the cuisine is superb and Lazio is no exception. Classic Roman cuisine boasts dishes like spaghetti carbonara and bucatini pasta all’amatriciana topped with the ever-famous Pecorino Romano DOP cheese. Tripe is also a classic that tourists may not necessarily try, but should!

In addition to restaurants, Rome is full of fantastic bars, pubs, and cafes for those who plan to spend an evening in the Eternal City. 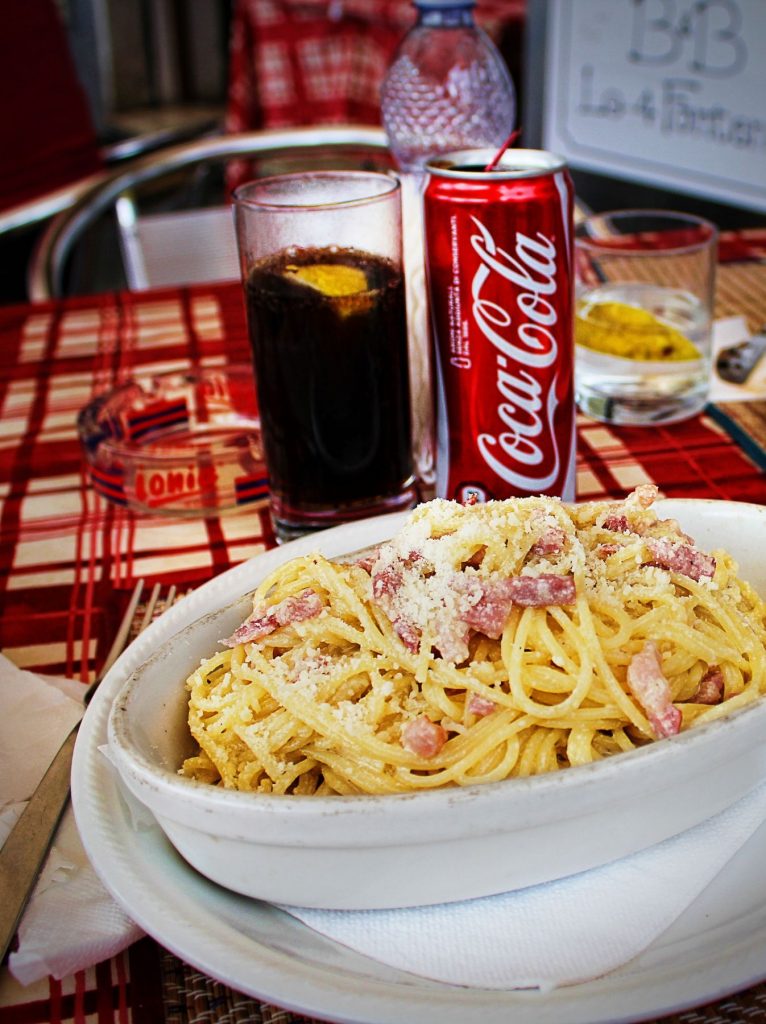 Rome is one of the best-connected Italian cities. A network of road, air and rail connections allow tourists to easily reach this city.

Rome has two airports (Rome Ciampino and Rome Fiumicino) both perfectly connected by bus or train to the city center.

There are also two railway stations: Roma Termini and Roma Tiburtina. The arrival station depends on where you start, but both allow you to reach the center via the underground subway system known as the metropolitana.

Many Italian cities also have bus routes to Rome. If you are brave enough to drive into the city, there are major tollways from every part of Italy that will take you there. As they say, “all roads lead to Rome”!

Find out more about the Lazio region, its events and other cities to visit beyond Rome!

Post Views: 931
Redattore
The Otzi the iceman exhibit from Bolzano is available online
The Village of Buonconvento in Tuscany’s Crete Senesi