Truffle Hunting in the Hills of Tuscany

I arrive in Volterra in the dead of winter. It’s truffle hunting season. Driving along the old Volterranean road is like climbing a hill through a fairy tale wood. When rounding one of the last bends, the old medieval town comes into view at the top of the hill.

I begin to lose radio and cellular signal: proof that the extraordinary beauty of Volterra depends much on its position. I decide to postpone my visit to the town center for the following spring. I park the car close to the ruins of the Roman theater and start walking towards the Porta Fiorentina- one of the various gates of Volterra’s 12th-century walls. My love for food and wine and my curiosity have led me here to the birthplace of the famous white truffle. 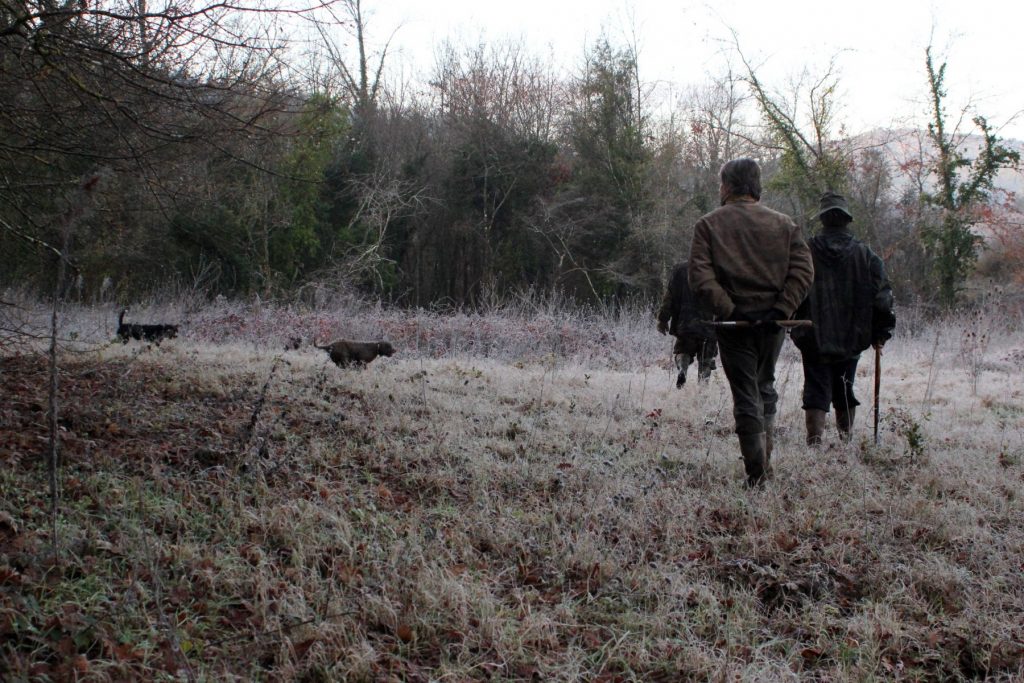 Truffles are subterranean mushrooms that grow underground close to certain tree roots. They have a symbiotic relationship with the oak tree. The most precious is the white truffle, the Tuber Magnatum. From Latin Magnatus which means rich, it is known and appreciated all over the world. In Tuscany, the most cultivated lands are those around San Miniato and Volterra.

I have an appointment with a young female truffle hunter. I thought this ancient tradition belonged to men, and so I am glad to shake hands with Irene who is dressed in military green, comfortable shoes, but whose polished nails add a touch of feminine charm. Irene explains that truffle hunting has to be done properly, in order to preserve its history. She is proud of her land and says that in order to become a truffle hunter, one has to pass an exam and obtain a special license. Of course, she shows me hers. A truffle dog and a small, spade-like tool called a vanghino are the fundamentals for any truffle hunter.

I meet Brad, like the famous American actor, who only responds to his trainer’s Tuscan pronunciation of his name “Bredde”. He is a beautiful mutt with black fur and white locks, and it’s evident how much he loves Irene. It’s touching to see such an ancient tradition being fostered with enthusiasm by this modern girl. I had heard about truffle hunters who didn’t feed their dogs before going truffle hunting, but Bredde is clearly in perfect shape. “He’s actually put on weight,” Irene says. 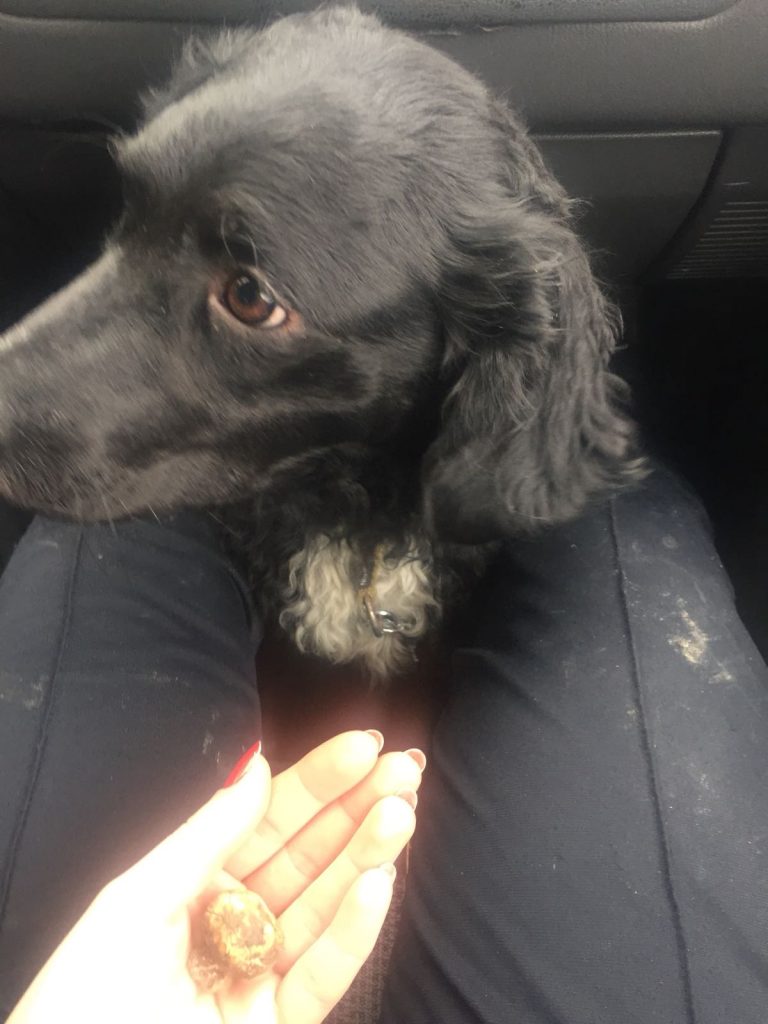 Truffle hunting is permitted in woods, but not on farmed land. There are also regulated truffle-grounds. In 1998, the truffle hunter organization of Val di Cecina was founded. It unites the truffle hunters of Volterra and adjacent districts, and its objective is to preserve and protect the lands.

White truffle hunting season normally closes at the end of December, but typically from January 15 on, it’s still possible to go through the woods and pick marzolini or marzuoli truffles. The name derives from the Italian word for the month of March, these truffles are not as aromatic or prized as their relatives; however, they are delicious chopped and added to butter to use as a spread on bread. They can also be shaved in thin flakes as a garnish on salted codfish carpaccio with a dash of ground black pepper and extra virgin olive oil (Irene’s recipe- she also proved to be an innovative cook). 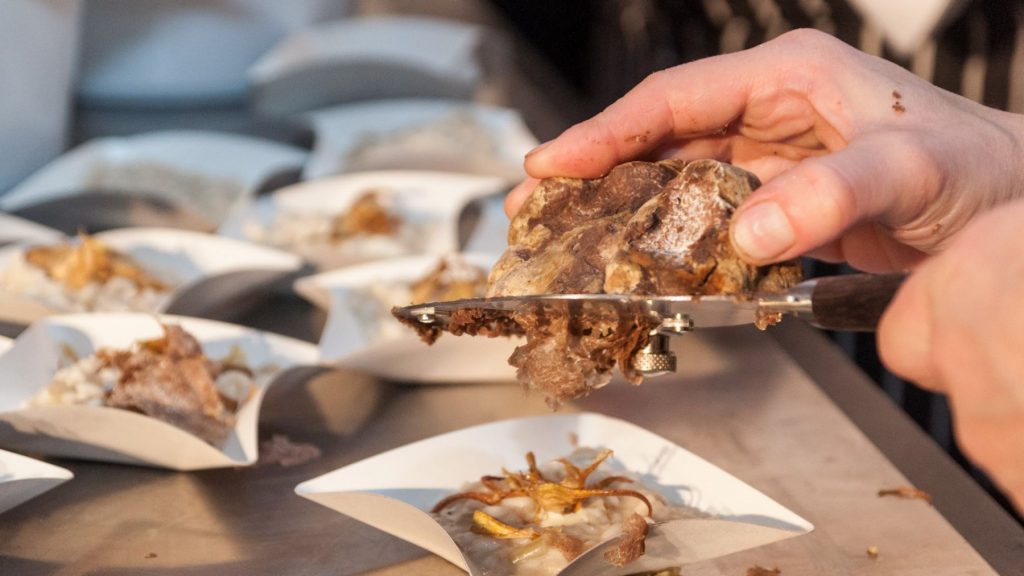