Palazzuolo sul Senio is part of the province of Florence bordering the Emilia-Romagna region. It is a small town surrounded by woods and chestnut groves. The woods are lush, rich in timber, good for the local people, and are a real economic resource.

In this small town, there are no polluting companies or intensive cultivation. The waters of its streams come from the highest peaks of the surrounding mountains and then pour into the river Reno. Palazzuolo sul Senio, although small, has every service necessary for a community and those who visit it. For a long time, this little paradise remained unknown to many, but now it enjoys tourism, and those who do come, never forget it. 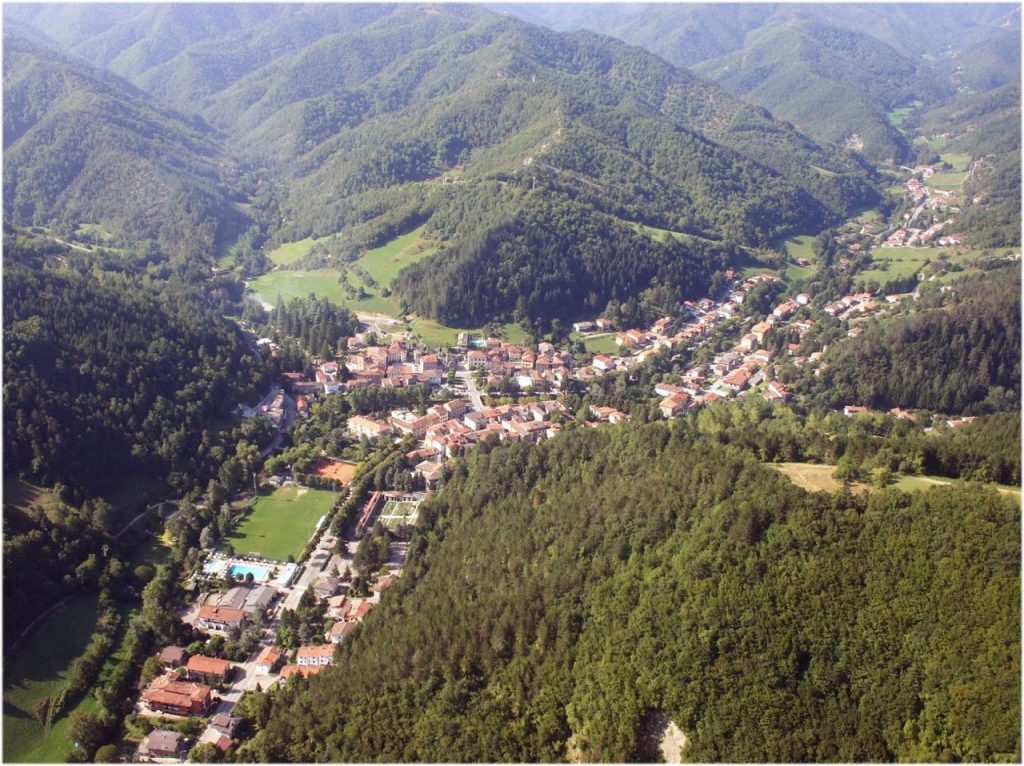 In Palazzuolo sul Senio there are no great monuments, these are in nearby Florence, Bologna, or Ravenna, but the two museums explain and represent the history of this small community very well. The Convent and Sanctuary of the Madonna delle Nevi, the Vallombrosana Abbey of Badia di Susinana with its small village, and the crypt of Misileo will take you back in time to the splendid medieval history of the territory. From the village and the hamlets, there are numerous paths that lead to the open countryside.

The road passed from Piazza del Crocifisso, past the present-day Giardino dei Macchi, until it reached the current square. There were therefore three parallel roads: today’s Via Roma, Via di mezzo (in the middle in fact), and this road that led to Romagna. There is also a Jewish cemetery that was used for burials even after the edict of Saint Cloud (1804) until the unification of Italy after which the construction of the current cemetery began.

Tasty sausages (pig and wild boar) and chestnuts, mushrooms, and truffles make up the heart of the menu especially during the autumn and winter seasons.