Along the Adriatic Sea, in the heart of Abruzzo’s Teramana Coast, is a stretch of some of the most beautiful beaches in Italy. Located within the Torre del Cerrano marine protected area, Pineto is considered the “pearl” of this riviera and has been awarded the prestigious “blue flag” a total of sixteen times. The beaches of Torre del Cerrano are also blue flag beaches.

Not only is it a “blue flag” beach, but it’s also a “green flag” beach. The “green flag” is awarded by Italian pediatricians who rate beaches based on child-friendly criteria. If it’s to be awarded, it must have a wide shoreline with fine sand; crystal clear waters; a gentle slope from the shore into the sea; shallow waters; lifeguards available; and services such as restaurants, restrooms, and family-friendly fun. The beaches of Pineto have it all! The 10 km long expanse of fine, golden sand is both long and wide. Its shores are lined with a pine forest– some of which was planted in the 1950’s- which makes it the ideal combination of sea and nature. 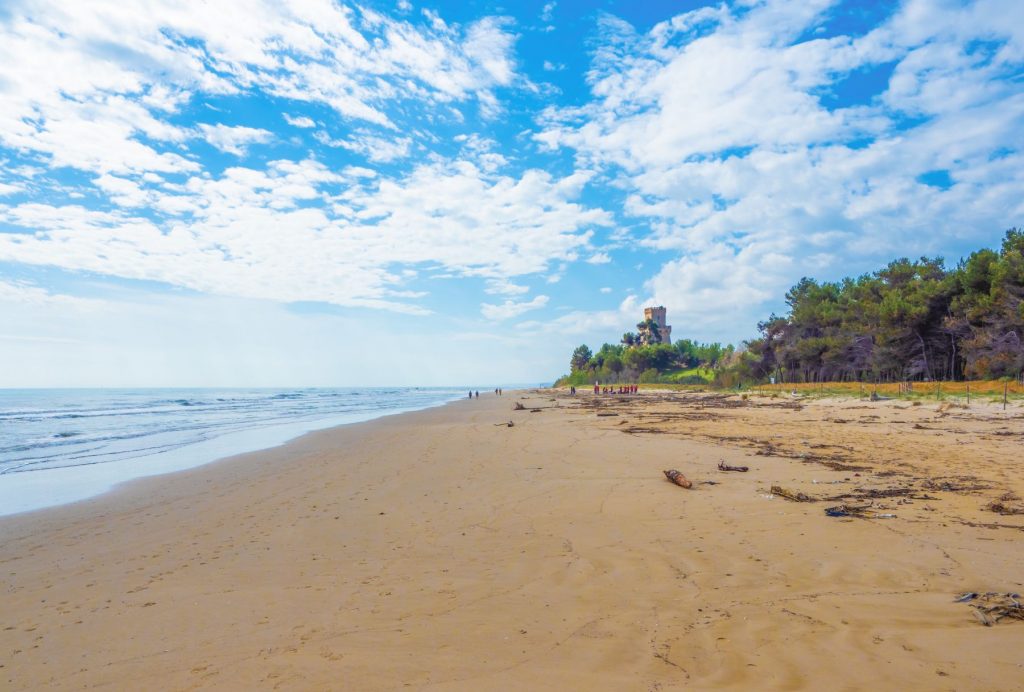 Pineto is famous for its long, well-cared-for cycling and walking paths that line the shore and weave under the shade of the characteristic stone pines known for their umbrella-like canopy. Along with cycling and walking, there are numerous camping sites and kiosks where you can rent all types of sporting gear- from mountain bikes to windsurfing. In the heart of town, you’ll also find basketball and tennis courts as well as one of the largest roller-skating rinks in Italy!

You’ll find a multitude of bathing establishments where you can rent umbrellas and lounges as well as numerous areas that are designated as “free” beaches. After you’ve enjoyed a day at the beach, you’ll want to get back out in the evening for Pineto’s nightlife. The entire coastline is packed with every kind of event imaginable on summer evenings- from children’s theater to DJs in the piazzas, to comedy acts. For late-late night entertainment, there are also numerous discotheques and piano bars along the coast.

The Cerrano Tower lies in the marine protected area of the same name- Torre del Cerrano and was built by the Spanish in 1568. It protected the Teramana coastline from the frequent Turkish and Saracen attacks. It has been completely restored and now houses a marine biology center as well as a museum where you can learn all about the local ecosystem and the amazing progress being made through current research. 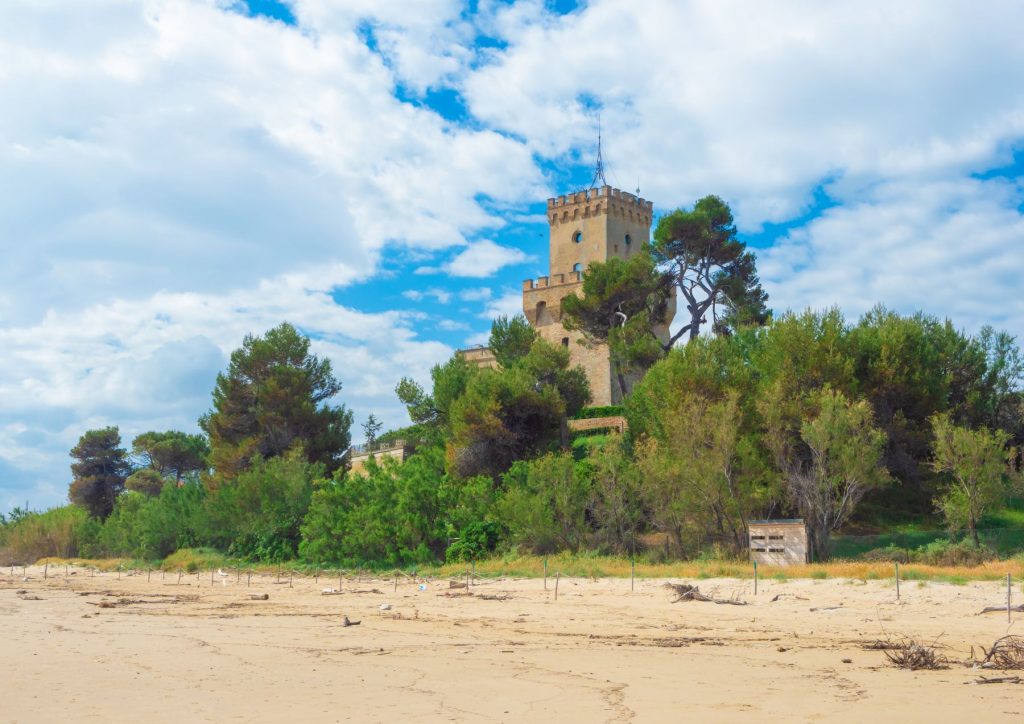 Read more about the fabulous region of Abruzzo!