Volterra: Land of the Etruscans in the Heart of Tuscany

At the risk of sounding redundant, there is yet another magnificent Tuscan hilltop town to add to your bucket list- Volterra. At 531 meters above sea level, it sits majestically perched upon the hills in the province of Pisa.

Just 70 kilometers south east of Pisa, Volterra is well connected by train and bus on the Pontedera line. It makes a wonderful day trip from all major Tuscan cities and many argue that it is a much better option than some of the more touristy destinations like San Gimignano. 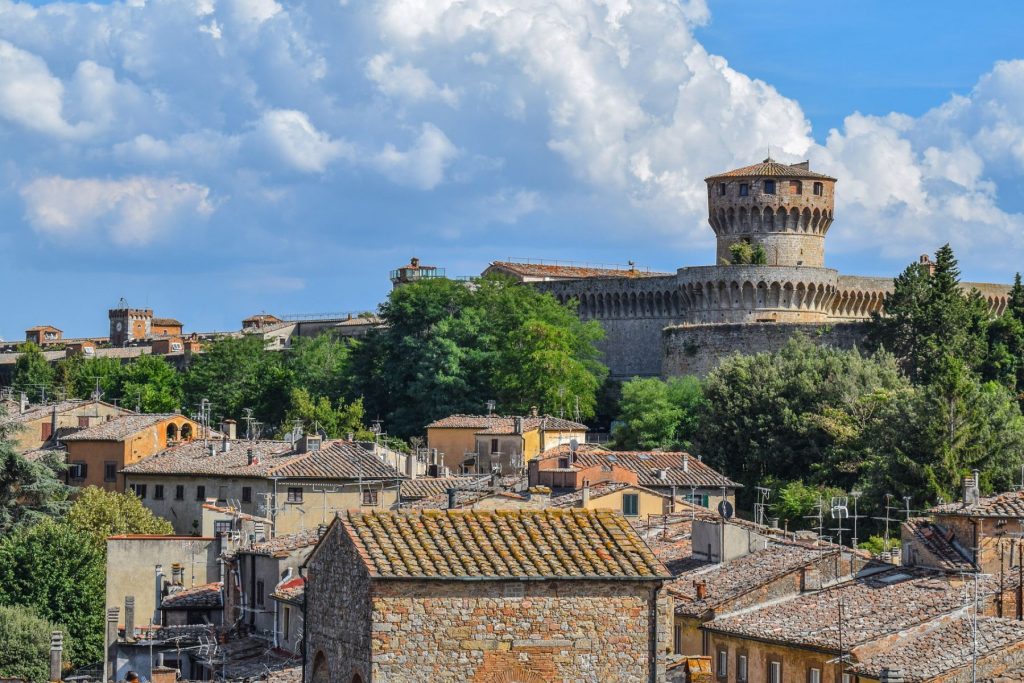 Along with Chiusi and Populonia, Volterra was also one of the Etruscan dodecapoli (city-state) from the 9th to the 1st century BC. Originally named Velathri or Vlathri by the Etruscans and later as Volaterrae when it surrendered to the Romans in 80 BC.

The historic center is straight out of a fairy tale with its quaint, narrow cobblestone streets and artisan shops. Amazingly, the Etruscan walls are still visible and there is also a wonderful museum dedicated to the Late Bronze Age Culture. The Guarnacci Etruscan Museum actually holds the most important collection of Etruscan cinerary urns in all of Italy.

Of course, Volterra also has evidence of Roman rule with its amphitheater, baths and forum. Incredibly, it was only excavated in 1951, after having been used for centuries as a garbage dump.

The city still has six gates or porte dating from the 13th to 16th centuries and its Porta all’Arco dates back to Etruscan times.

At the heart of all respectable Italian towns there is the piazza. Volterra is no exception. Its Piazza dei Priori, where you’ll find the Palazzo dei Priori (1239), and Palazzo Pretorio are all stunning. Within the Palazzo dei Priori, you can visit the Sala del Consiglio e della Giunta with its magnificent frescoes and a stellar panoramic view from the bell tower.

Another must-see is of course, the Cathedral (Duomo) which is a masterpiece of Romanesque construction. It houses works from greats such as Veracini and della Robbia. 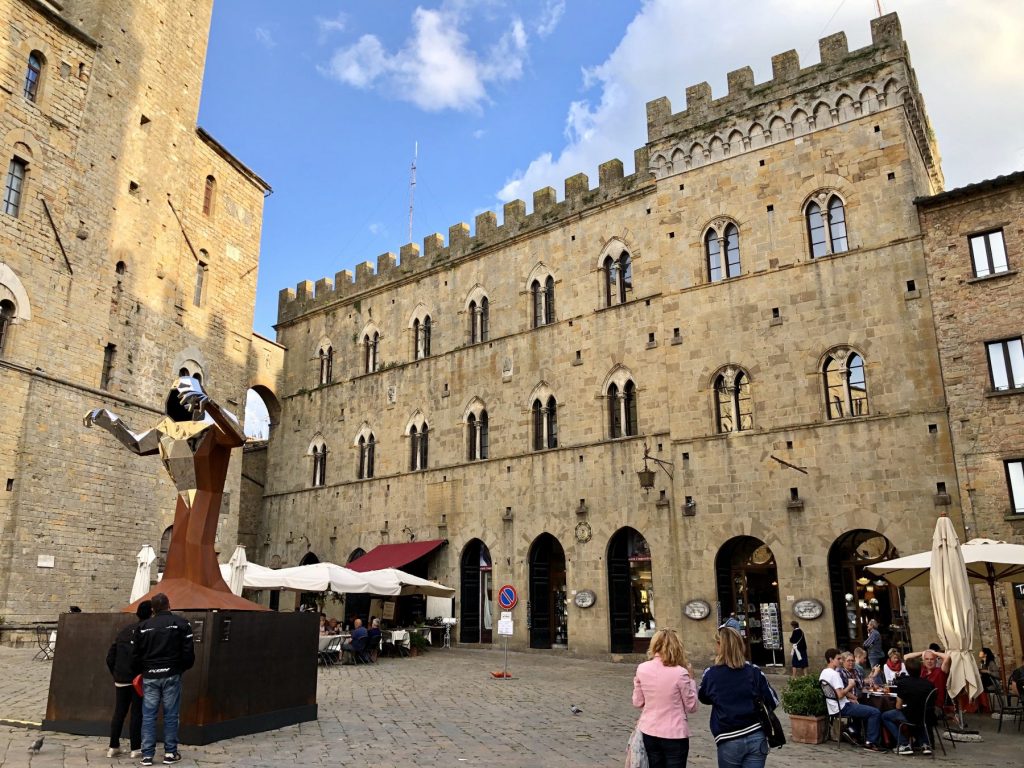 This little Tuscan town is also world-famous for its alabaster. The Etruscans were highly-skilled artisans and began crafting the plentiful mineral when they settled in the area almost 3,000 years ago. Since then, Volterra’s alabaster has become known as the finest in Europe for its quality. In fact, it will be almost impossible not to pick up a souvenir of this beautiful stone while you visit. You can also visit the Ecomuseo dell’Alabastro for even more information about this ancient mineral. 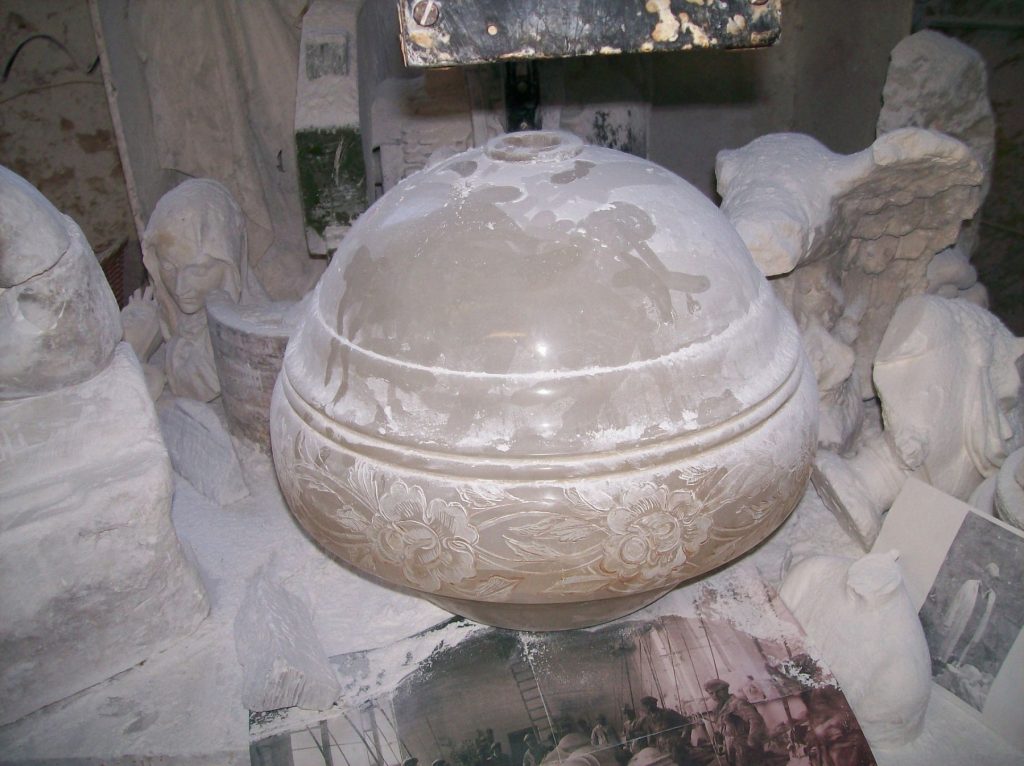 While you visit, you’ll undoubtedly want to taste some of the local specialties. If it’s a chilly day, try the zuppa Volterrana which is a hearty combination of beans, vegetables and bread. Or, how about a savory dish of local game that has been at the heart of the diet since antiquity? Wild boar, wild hare and pheasant are among the favorites. Or try a slice of panforte (Tuscan fruitcake) in one of the cafes.

Volterra is full of surprises and charm at every turn and you will be pleasantly surprised that it is not full of tourists.