It is no secret that Tuscany is one of the most beautiful places on earth. San Gimignano in the province of Siena towers above its competition. Surrounded by the lush, green countryside and olive groves, it is truly special. Let’s find out what it has to offer! 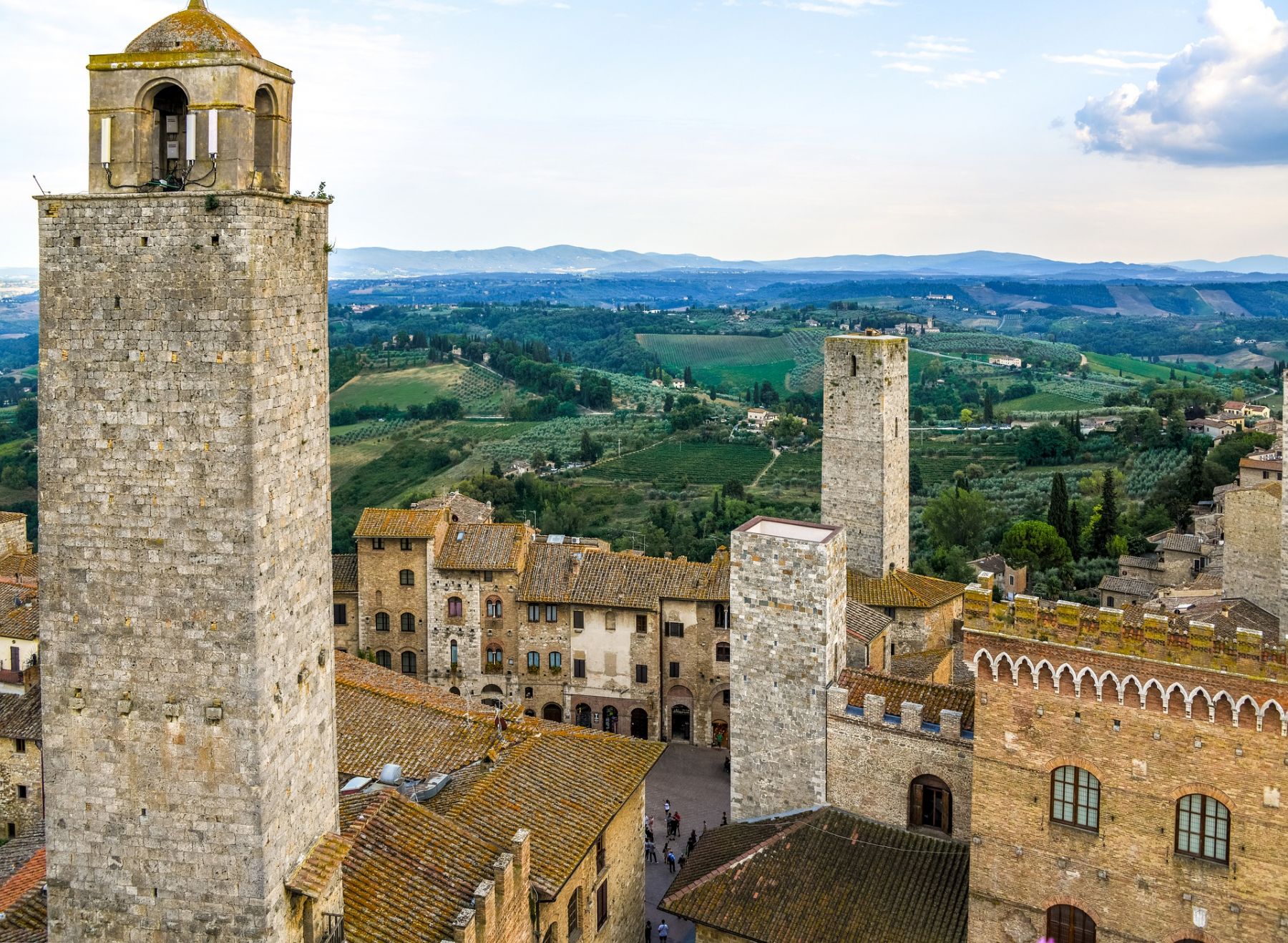 What to See in San Gimignano

The village of San Gimignano is located in Tuscany south-west of Florence. The historic center of the town is enclosed within the thirteenth-century walls. At first glance, San Gimignano is an impressive sight with its magnificent walls and characteristic medieval towers.

This triangular-shaped piazza is the heart of the historic center. It takes its name from the well, or cistern, at its center which bears the coat of arms of the Podestà Guccio dei Malvolti. Without a doubt, Piazza della Cisterna is one of the best-known and most fascinating places not just in San Gimignano but in all of Tuscany. From here you can see numerous other buildings like Tortoli Palace, Pucci Tower, Ridolfi Palace, the Becci and Cugnanesi houses, Pellari Palace and Ardinghelli Palace with its towers. From this square, you can also admire the Devil’s Tower which was named because of a superstition. Legend has it that when its owner returned from a trip, the tower had mysteriously grown taller. Make sure and enjoy a gelato from some of the award-winning, artisan ice cream shops in the square. 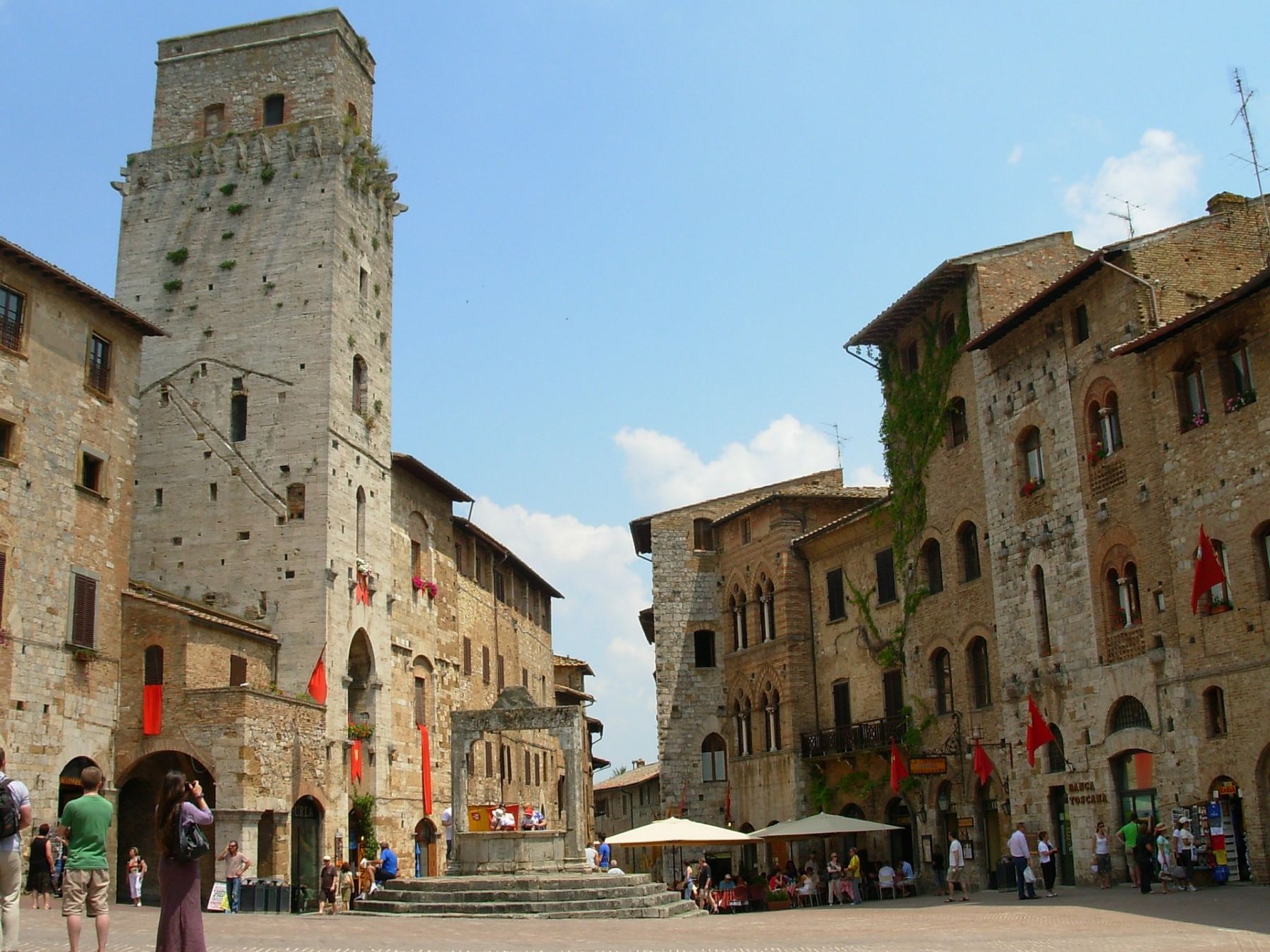 In addition to the Collegiate Church of Santa Maria Assunta, the Palazzo del Popolo also overlooks this square. The two characteristic aspects of past life are found side by side in San Gimignano. The first, houses great masterpieces on its walls and the prestigious polychrome wooden Crucifix by Marcovaldo dating back to 1200, while the second houses the Civic Museum of San Gimignano. In reality, the latter building is the new Palazzo del Podestà: the old and previous palace is still located in this square, but in front of it and not next to the Duomo.

Continuing from Piazza del Duomo down the characteristic narrow streets so typical of the Middle Ages, you’ll arrive at the fortress of Rocca Montestaffoli. In the past, it was used to defend the village from enemy attacks but today it is the perfect place to enjoy a magnificent view of San Gimignano and the whole Valdelsa. Numerous events throughout the year take place at the Rocca with the best known being the Giostra dei Bastoni which takes place in June. 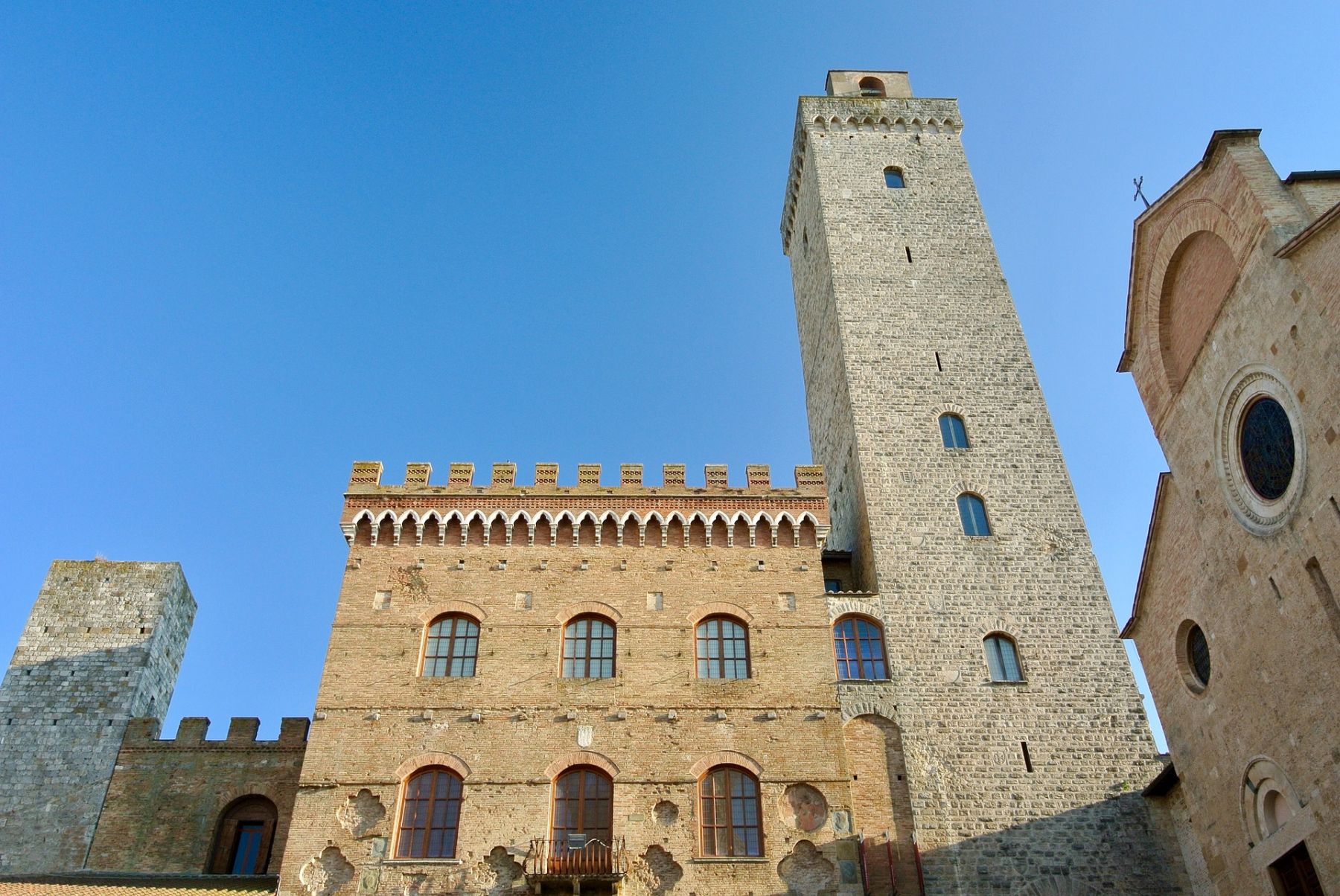 What to Eat While You’re in San Gimignano

Some of the typical products here include saffron and Vernaccia wine. In the past, saffron was used as a precious bartering commodity or as currency during the wars between Siena and Florence. Vernaccia is the famous white wine that has been produced for centuries here and was even enjoyed by the likes of Dante and Boccaccio. Today, it accompanies other typical Tuscan dishes such as crostini with liver patè or other game dishes like wild boar. 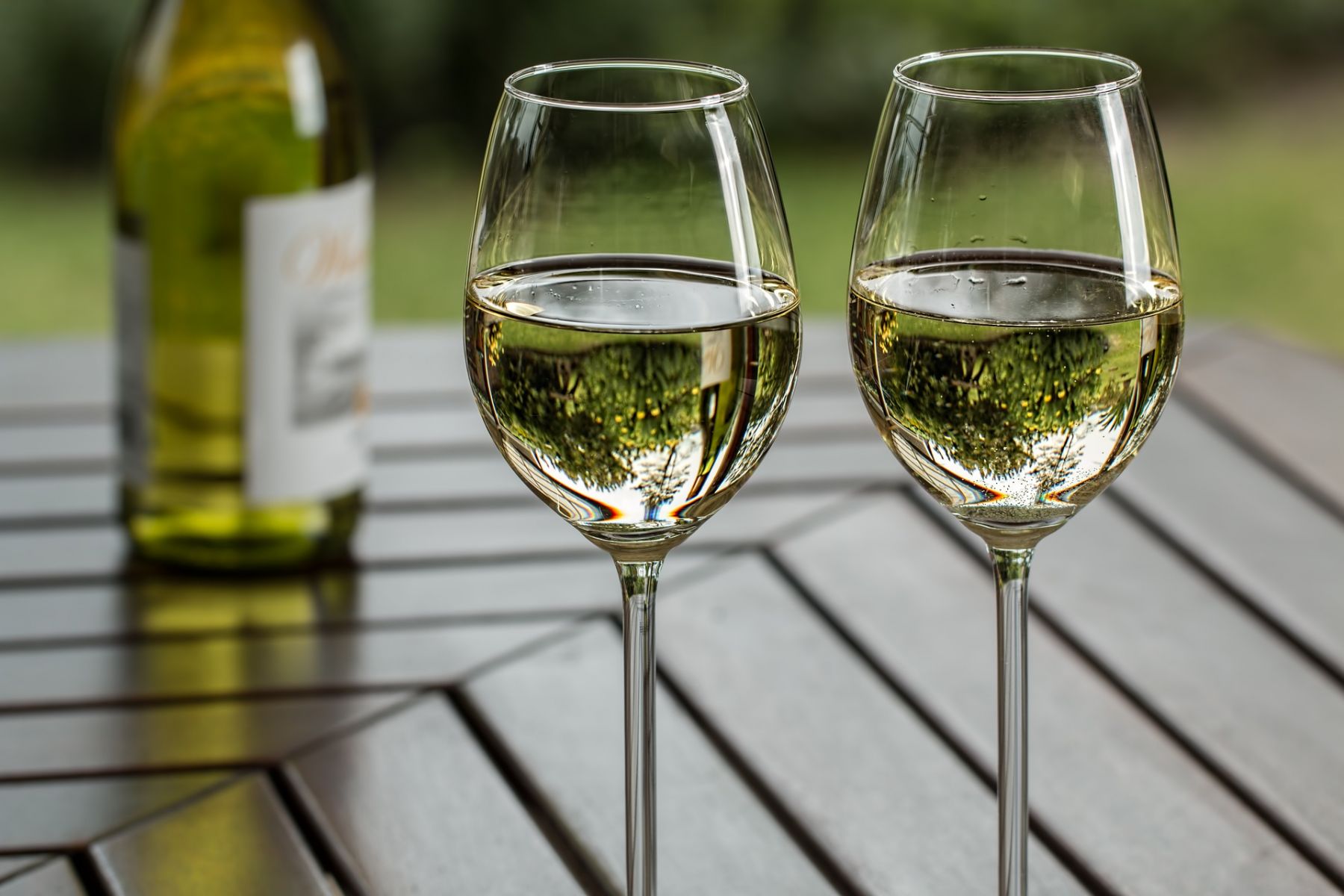